The world of cinema is fascinating; sometimes it’s a glorious form of escapism and the stuff of dreams, other times it’s a record of powerful and pivotal real life moments that have changed the course of history or defined social and cultural conditions. As an art form, it wields the power to reach millions across the world and effect change for the better.

Realising the power of cinema and the joy and cultural voice that it can bring to societies, Cine Royal Cinema LLC has established a chain of cineplexes that are particularly invested in making the silver screen experience comfortable, enjoyable and technologically unmatched.

Luxury, comfort and the best viewing experience are the foremost priorities for us Cine Royal. To this end, we have three viewing classes available to suit every viewer: standard, platinum and royal. All viewers are guaranteed the very best in terms of high-definition picture and sound quality. Concessions are available in the form of popcorn, nachos, snacks and beverages.

Cine Royal Cinema LLC is proud to be a subsidiary of Royal Group of Companies, which is a conglomerate of 80 large and medium-sized companies based in the United Arab Emirates (UAE). Launched in the late 1990s, Royal Group is supported through its head office in the capital of the UAE, Abu Dhabi. In just under a decade the conglomerate and its subsidiaries have grown exponentially, establishing themselves as leaders within their industries, just as Cine Royal Cinema hopes to do

Cine royal cinema was the first ever cinema in Abu Dhabi to introduce the 3D technology, Dolby ATMOS sound system and 4K projectors to the city and its viewers. Cine Royal Cinema is an ISO 9001-2015 certified company

To become the leading cinema network in uae through an aggressive expansion plan.

To provide a premium entertaining experience to audiences by combining the time-tested tradition of cinema with the technological advancements of today. 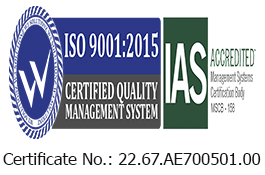